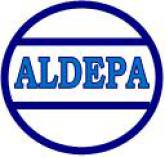 Project name: Children as promoters of a dialogue for peace and stability in the Far North Region of Cameroon

The Far North Region of Cameroon – traditionally a peaceful region, where people of different origin, linguistic and cultural heritage as well as religious backgrounds have shaped a harmonic community – has recently seen a rise in insecurity, political instability, social and inter-religious mistrust as well as economic hardships and fear due to the terrorist activities of Boko Haram from Nigeria. This situation has devastating effects on the children of the region and their basic human and children’s rights.

For example, terrorist groups recruit children for suicide attacks. Besides, women and girls are increasingly suppressed and deprived of their basic liberties such as movement, play and education. Additionally, increased poverty (due to restrictions of economic activity) fosters phenomena like withdrawal from school, early and forced child marriage, (sexual) violence, neglect, child trafficking and economic exploitation of children. Civil society counter-initiatives to strenthen social cohesion in the communities and peaceful dialog are rare. There are currently few occasions on which children actively become involved in community and political life and few civil society initiatives including the participation of children and youth.

The project therefore aims at empowering children and youth groups to participate in processes of political stabilization and shaping a peaceful society. They are supported in initiating activities to enhance dialogue, at developing and establishing peaceful methods of conflict resolution. Besides the active participation of children and youth, mistrust, frustration and misunderstandings in society shall be diminished. Rather, dialogue is fostered between children and adults, men and women, different religious groups etc. in order to strengthen mutual trust and understanding as a solid ground for the shaping of peace.

The project shall enable young people to take an active part in political life, develop responsible leadership capabilities, initiate actions to promote peace processes, and to become responsible citizens. It shall furthermore prevent them from joining terrorist groups due to frustrations and enable them to protect themselves from forced recruitment into armed forces.

Promote the responsible involvement of children in the construction of a peaceful and stable environment and in the political sphere. In particular, the aim is

This project is beeing co-financed by the European Commission.