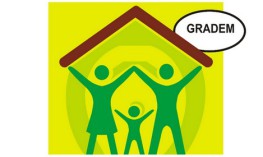 In rural areas of Mali, many children do not visit school or drop out before finishing their primary school education. Consequently, most of the population is not able to read or write.

A reason is the far too low income for families living in the villages, which doesn’t allow them to provide for school fees and material for their children. Over the last years, GRADEM and KiRA have successfully promoted the creation and development of cooperatives in 58 villages. In these cooperatives, families support each other with small funds for starting an income generating activity, such as growing vegetables, raising animals or trading spices. With this support, families have established a small trade that allows them to finance the schooling of their children. In the project communities, more than 6.500 children, who did not attend school previously, now go to class regularly. This project supports the creation of new cooperatives and accompanies a total of 76 cooperatives in the villages to support the autonomous development in rural areas.

Despite rising family income, some barriers towards quality education persist:

Titelbild: Girls speak up during a community meeting. The creation of cooperatives in the project villages has lead to more and more initiatives from the inhabitants themselves to allow all children in their community to attend school and to provide future prospects, particularly for girls.