In particular, child trafficking, early and forced marriage and exorcism 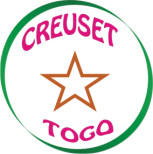 To the previous project

The project aims to curb structural violence against children in the prefectures of Dankpen and Oti in the North of Togo. Particular focus lies on the culturally anchored forms of violence and exploitation, such as the early and forced marriage of young girls, the trafficking of children for economic exploitation or the brutal abuse of children for the purposes of witchcraft expulsion (exorcism rituals).

50 villages are accompanied to become violence-free pilot villages. Activities are planned to raise awareness, strengthen skills and network local leaders, groups and other agents, in addition to accompanying affected children and their families. Knowledge of children's rights is spread in local languages and adapted to the cultural context, i. e. via radio broadcasts and information events. The participation of children and youth groups plays a major role in all activities.

In addition, advocacy work at national level is intended to improve the political and legal framework for child protection in Togo. Across the country, future social and medical professionals will be sensitized to the project issues.

In order to curb child trafficking, cooperation with our partners in Benin and Ghana shall be established and strengthened.

In the rural border regions of Togo with Ghana and Benin, harmful practices such as the early marriage of young girls are deeply rooted in society. In some communities, girls are promised to a much older man at their birth, often as part of an exchange of women between two families. Another common form is the kidnapping of girls, by which the new husband proves his masculinity by muscle strength. In other communities, it is an unwritten law that a girl should not have her second period under the roof of her father but should already live with her husband.

These practices have serious consequences for girls (and society) and are linked to further child rights violations. Some of the girls affected are only 8-9 years old and no longer have access to schooling, leisure and play after the marriage. Early marriage is accompanied by sexual exploitation and early pregnancies, which are also a cause of high infant and maternal mortality in northern Togo.

Early marriage, as well as transnational child trafficking and exorcism, have increased dramatically since the beginning of the COVID-19 pandemic, as more and more families fear that they are no longer able to care for their children under their own roof.

More and more often, our partner in Ghana becomes aware of children from Togo who are being smuggled across the border to work in farming or fishing. Prevention and education must take place in the villages of origin in Togo. Many children also head to Nigeria via Benin, sometimes voluntarily, hoping for some income. Without family support in a foreign country, children are heavily exposed to violence and unscrupulous exploitation.

Background and impact of the witchcraft allegations are described here.

Target groups of the project

Children in Togo, especially in the prefectures of Dankpen and Oti, are more effectively protected from harmful traditional practices such as early and forced marriage, child trafficking or exorcism.

In the Dankpen and Oti prefectures, local mechanisms support the protection of children from harmful traditional practices as well as the rehabilitation of affected children. 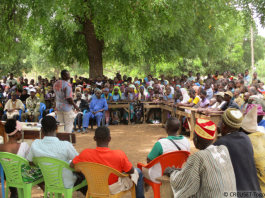 And you? We are looking for further financial partners for this project! Contact us or donate with the subject "Project Togo - Curbing Harmful Traditional Practices".

Cover image: Children who were trafficked from Togo to Ghana for economic exploitation are on their way back home. © CREUSET-Togo